I am a mentee!

Some of you might be aware that I applied to get into Room 204 this year, but I didn’t get past the bouncers (Room 204 is Writing West Midland’s mentoring programme). Rejection is unfortunately part of a writer’s life, so I already had a Plan B which was to ask some of the poets I really respect if they would be my mentor instead. I am pleased to say that Mr. Matt Black agreed. Matt first came on my radar when he made a call-out on Facebook supporting a charity, which resulted in me passing plastic bin bags from my car boot to his car boot in a remote carpark in the middle of the night. (They were filled with football kits). We have progressed from that to me handing him wads of cash (very small ones) in Leamington cafes in exchange for information. Who knew writing could be so clandestine!

Matt comperes an open mic night I go to – (Pure, Good and Right at the Treehouse bookshop in Kenilworth) and I’ve seen him headline a few places. I love his poems – they make me laugh, and they come from a really good place - they are insightful and full of heart. He has also visited Rwanda and produced a pamphlet of haiku about Rwanda – again, for charity. His haiku definitely recommended him to me – it’s not as though I am obsessed with Rwanda or anything (OK, I am). I also find him approachable and easy to talk to, but the coup de grace is that he has been a professional poet for 20 years. Just imagine! It is this wealth of knowledge and experience that I am hoping to tap.

We have had two meetings now and during the last one I handed him my book of poems. Literally almost all my poems. Until that point I had been full of confidence about the process. Suddenly I realised that I know almost nothing about this man and he will soon know A LOT about me. It’s one thing to read a few poems out at an Open Mic. People only hear them once and they are always guessing how much is fiction and how much lived experience. In ‘The Africa in my House’ the collection was themed and although it felt risky to some extent I didn’t feel I was revealing much of myself – it was more about my thoughts than my feelings. To see a collection of someone’s poems is to feel that you know them a little bit, whether it’s true or not. To see ALL of someone’s poems – even the crap, sentimental ones is to read them like a book. In addition, I’ve asked him to really look at the poems and comment on them / invite me to change bits / tell me if they aren’t worth rescuing. That’s a big deal for me. What if he hates them? What if he thinks none of them are worth trying to publish? WHAT IF THEY ARE BORING? I gulped it all down and handed the book over. Then I stroked the cover a bit, like a pet, because I needed reassuring - as though that was going to help and not make me look like a complete weirdo.

I was talking to my husband about it later – the sudden feeling of vulnerability that came over me, inherent with imbalances of power – and he remarked that it was a teaching relationship and that teachers always know their pupils really well, but pupils rarely know anything about their teachers. And I realised with a jolt – what if the young people I work with feel this way, too? That’s when it occurred to me to write a blog about the process of being a mentee, because I am getting great advice about writing, publishing and my writing in particular, but I am also learning from the process itself. And my way of reflecting on process... is by writing. I hope you enjoy sharing this with me. 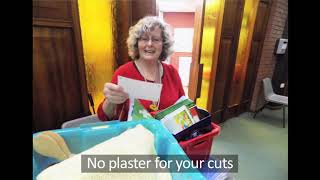